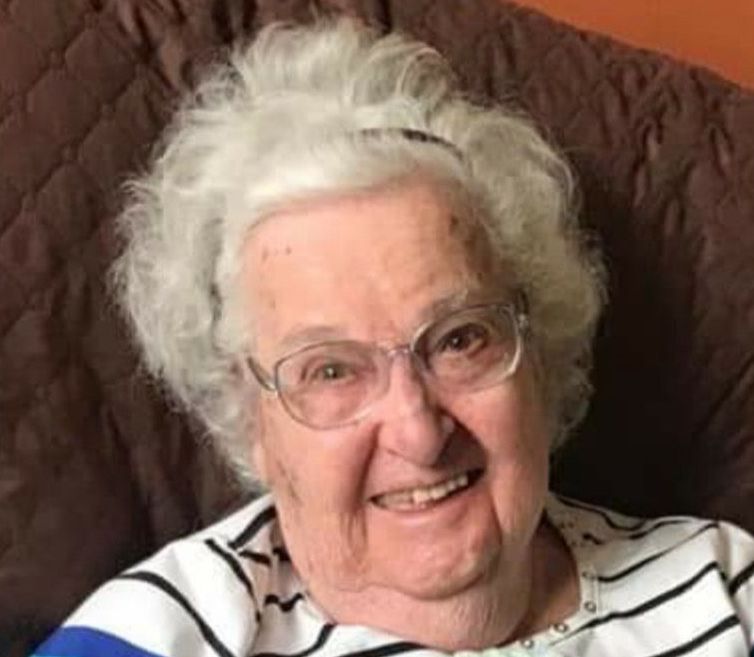 Beulah Ella Zager, 99 passed away on May 28, 2020 at Greenhouse Living in Sheridan, WY   She was born to William and Anna (Neisius) Rhoades on October 13, 1920 in Page, NE,where she grew up on a horse and cattle ranch. She was the youngest of seven children and was nicknamed “Babe” by her family.

Beulah graduated from High School in Neligh, NE and married Gerald Berney in 1940.  During the war she followed Gerald from army base to army base working in many factories making war products.  They had three children, Sandra, Janice and Kenneth. After the war, they bought a chicken ranch in California and sold eggs commercially.  Later they moved to Orchard, NE and purchased the Oriole Café, which they managed for several years.  After selling the Café andGerald’s death in 1964, Beulah worked in the Orchard News Office.

Beulah married Glenn Waring in 1965 and they lived many happy years in Orchard, NE.  They owned and operated the Rex Movie Theater.  They retired and became Snowbirds to Brownsville, TX where Glenn passed away in1992.

Beulah married Robert Zager in 1998 and they lived in Brownsville, TX.  He passed away in 2006.In 2013, she moved to Sheridan, WY to live with her daughter Janice Twibell.

In addition to her parents and husbands, Beulah was preceded in death by her three brothers; Cecil, Sidney and Mathew Rhoades; three sisters, Tillie Finley, Lil Jones and Myrtle Zuberbier and one granddaughter, Danille Slade.

Beulah was a loving wife, mother and grandmother.  She had many hobbies in her lifetime.  She loved fishing, boating and camping.  She was accomplished in oil painting, madebeautiful quilts and all kinds of crafts. She loved dancing, gardening and canning, playing cards and other games.

Most of all, she loved spending time and having fun with her family and friends.

A memorial for Beulah will be held at a later date.