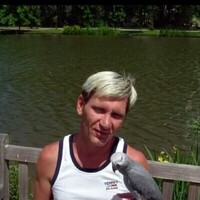 Earth is waking from its winter sleep. It's early Spring; the sun is high in the sky, the birds are cooing, the soil is turned, cultivated amendments are added, and the grown is ready for plaiting. Grant had placed seeds in a planter over the season, waiting for the moment he could embed the bulbs into the soil. The soil is rich and ready to receive its gift; oh yeah, Grant is in his happy place.

Grant is a passionate man with a simple outlook on life. Grow beautiful things and bring splendor, love, and joy to the world. Grant believes everyone is equal and should have the same rights. Grant used his flowers to color the earth adding vibrant influences and aromas to the senses of the eyes and nose, a true spectrum of life.

Monday, October 15, 1962, in Rawlins, Wyoming, the leaves were changing their colors and were falling from the trees. Earth is preparing for its winter nap. The temperature is cool. Yet, there was a ray of sunshine, a glow of love that warmed the home of the Yates. Bruce and Lanora were expecting their first child. The grandparents Winfred and Nora Davis and Raymond and Sophia Yates were on pins and needles. Family appointed time was at hand, and much to everyone's delight, it was a bouncing baby boy named Grant Samuel Yates. Grant was the oldest of four children born to the Yates. Wondrous love originated from the Yates home yields three more children: Nora, Steve, and Carol. Growing up, Grant enjoyed music; in fact, so much so that he worked as a DJ at KROE radio station for a while. Upon graduating from Sheridan High School in 1981, Grant continued his education at Central Wyoming College 1990 – 1991, receiving his Associate in Business Management. With his degree, Grant sought different types of employment working for Sheridan Memorial Hospital, Wells Fargo, and Theatrical Union IATSE local7.

Grant moved to Denver, Colorado; never having children of his own, he doted over his dogs Sandy and Raven and Zane, his parrot. Loving the great outdoors, the four of them would walk the river's bank adoring nature and all she has to offer, camping and getting about on his scooter.

When it came to food, Grant could cook, grow, and eat. He was a Foodie at heart, loving  Bar-B-Que.

If you wanted to know where to eat, Grant could recommend a local restaurant, give several options on its menu, share which items were fresh. The 4th of July and New Year's Eve were fun times for Grant; he loved fireworks. On many occasions, you could find Grant sitting back listening to music with his friend Barbara Gand her family. Most of all, Grant loved his family spending time with them; although miles have separated them, love is what kept them together. The time came for the earth to go to sleep. It was early falling; the harvest was complete. Grant closed his eyes and went to sleep.

As he knocked on heaven's door, Lanora, his mother, welcomed him in.

Grant looked about and saw his grandparents Winfred and Nora Davis and Raymond and Sophia Yates. Also present were Uncles Dick Davis, and Tom Yates, and Aunt Linda Davis.

We can never love someone as much as we will miss them.

A graveside ceremony will be held at a later date in Sheridan, WY. Champion Funeral Home has been entrusted with local arrangements. Online condolences may be written at www.championfh.com.