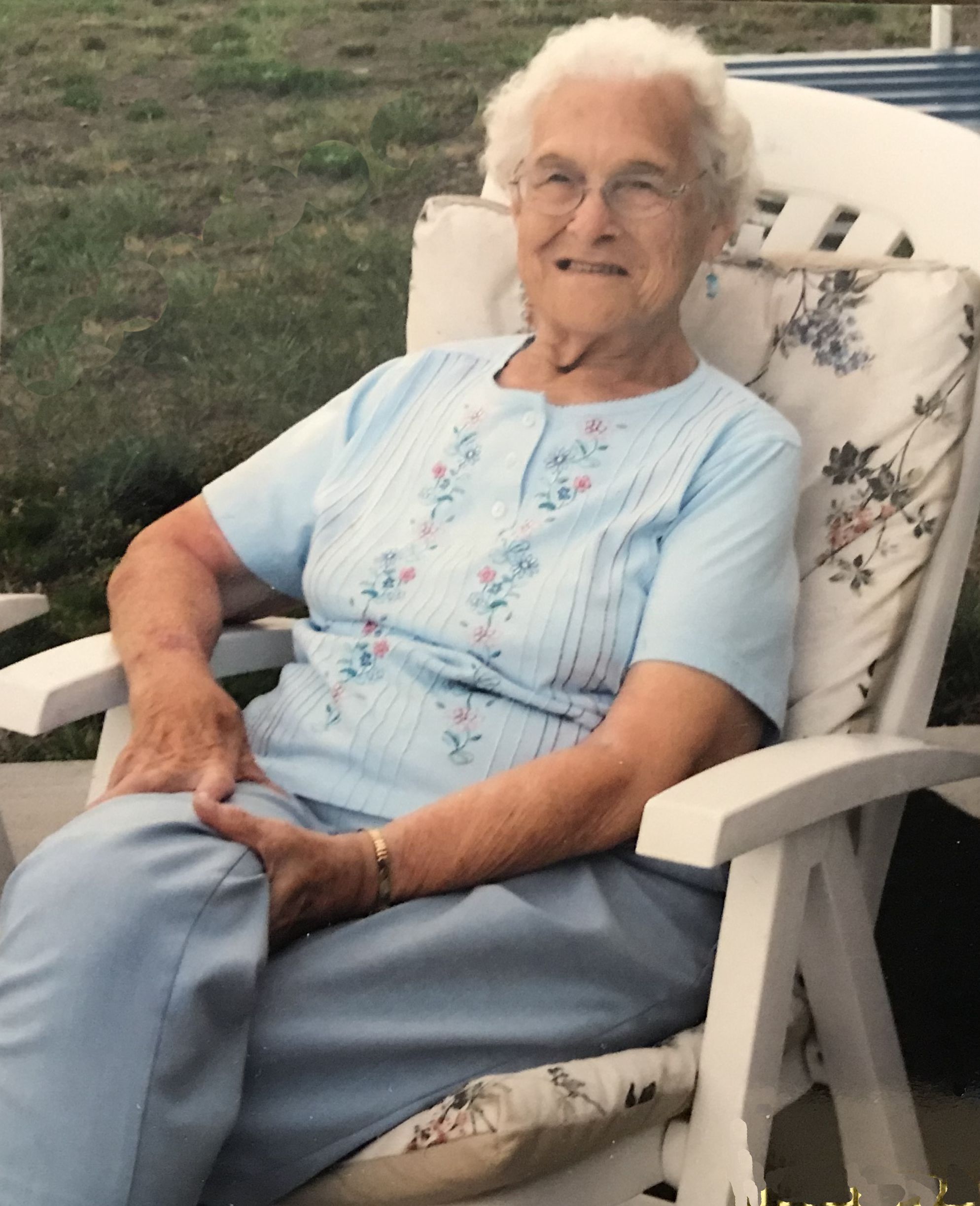 Helen Louise Fischer Frey Gold passed away on Sunday, June 6, 2021 at Westview Health Care Center at the age of 95. Helen was born the youngest of 10 children on May 27, 1926 in the sandhills of Burwell, Nebraska to John F. Fischer and Alma E. Fischer (Bossdorf).

Helen went to school through the 8th grade in a 1 room sod school house. She worked on the family farm until they sold it, then she proceeded to work on other farms in the area. In 1947 Helen met Herman Frey and they were married on September 25, 1948. The young couple moved to Bridgers Creek near Greycliff, MT and ranched for a year before they moved to Absarokee, MT. Herman worked for Montana Power until retirement, after he passed away Helen moved to Sheridan, WY. She worked as a cook at Evantide Nursing Home and then went to work at Sheridan Memorial Hospital as head cook for 16 years until retirement. After retirement Helen worked as a housekeeper for Trails Inn, Sheridan Best Western and Holiday Inn for many years. Helen was a foster grandparent for 11 years at Sagebrush Elementary School in Sheridan, WY. The children loved her and called her Grandma Gold or Grandma Helen. She also helped at the YMCA daycare as a foster grandparent for a year. In July 2017 Helen had to retire to move out to Westview Health Care Center.

Helen attended Trinity Lutheran Church for over 20 years and enjoyed a small group that ladies called “Lappers”. She loved her gardens and flowers and always grew beautiful roses and African violets. Helen enjoyed doing embroidering and is well known for her homemade pies. She baked for Trinity rummage sales and other local functions as well. Helen especially enjoyed her time with her family, friends, grandchildren, great-grandchildren and great-great-grandchildren.

A memorial service will take place on Saturday, July 10, 2021 at 2 pm at Trinity Lutheran Church with Pastor Phil Wold officiating. A reception will be held at the church immediately following the service.  Place of burial will be at Mountain View Cemetery of Big Timber, Montana.  Champion Funeral Home has been entrusted with local arrangements. Online condolences maybe written at www.championfh.com.