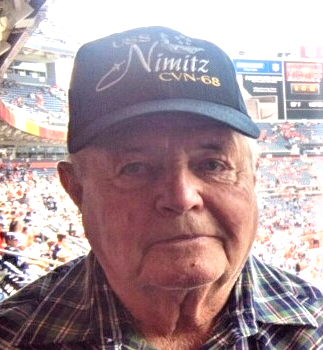 Born June 10th, 1941 in Sundance, WY to EvaMaudie (Stoddard) and Leslie William Hauber, Ivan was raised on the family ranch outside of Hulett. He started working for the phone company after high school, until he joined the army, serving on active duty from 1963 to 1965 and active reserve duty until 1969, returning to work for the phone company upon active duty discharge.

After transferring to Sheridan, WY with the phone company,Ivan met Marcella Brainard in Yellowstone Park, and they were married October 12th, 1968. They lived in town until the fall of 1972, when they moved to Hidden Hills. Ivan enjoyed hunting, four-wheeling, camping, fishing and working with horses alongside Marcella, and later with their 2 children.

Ivan made a lot of friends during his journey and would help anyone who needed it.

Ivan was preceded in death by his wife, Marcella, his parents, 2 brothers Howard and Harvey Hauber of Hulett, WY, and brother-in-law Ron Brainard of MT.

Ivan is survived by his daughter and son-in-law Tia and Dave Williams of Sheridan, his son and daughter-in-law Preston and Andrea Hauber of Sheridan, one grandson, 5 granddaughters, 7 great-grandchildren, brother-in-law Lynn Brainard of Belgrade, MT, and numerous nephews and nieces.

No services are planned, but family and friends are invited to join us in a celebration of life we hope to hold in spring/early summer of 2021. Thank you to everyone who has provided support and understanding during this most difficult time!