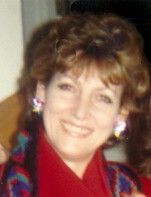 Leslie (71) of Mesa, AZ left this earth on March 29, 2022. Her death came as a shock to her family as she suffered a severe stroke and had been a vital individual until that day. Her sister, Paula of Sheridan WY, was given the blessing of being able to be by her side for her final moments. She survived a week and was able to converse with her friends and sister, sharing old memories and telling jokes.

She was born to Marvin Chester Rudolph and Ruth Almina Rodaway Rudolph on September 4, 1950 in Lincoln, Nebraska. She spent most of her early life in Lakewood Colorado where she attended school and graduated from Jefferson High School. Although she did not attend college, her interests and talents were far ranging.

She had a love for travel and after seeing and experiencing the desert of Arizona, she stayed for years where she met and married her first husband, Dennis Wink. It was here Leslie became a real estate agent and bought and sold houses. They later moved to Juneau, Alaska where Leslie helped Dennis run his own business. She found it helpful to know something of the law, so she became a paralegal.

After that marriage ended, she moved back to Colorado working in various office environments but that was not who she was. She painted, wrote stories, excelled at playing piano and was always dabbling in some creative project. Having a knack for identifying quality objects, she attended many estate sales where she would purchase items at a low price and sell them for a healthy profit on her Ebay site. She always loved to tell the story of finding a salt and pepper shaker in an assortment box she bought for $2.00. She later sold that set for $350 on Ebay.

During her life, she became deeply involved with horseback riding, competing in many dressage events. Because of her great interest in horses, she offered her abilities to young girls, training them in the correct way to ride English. Many years ago she was able to visit a racing horse stable in Kentucky, where she was given the great honor of galloping one of the thoroughbreds around the track.

While living in Colorado, she met and married her second husband, Larry Cooke. They enjoyed many years together and shared a special camaraderie. The two of them traveled to France where they participated in a week-long horse adventure, riding across the countryside and staying in quaint small villages along the way.

Leslie and Larry moved to Sheridan, WY where she worked at Foothills Gallery with her sister. She loved being around all forms of art and also liked working with people. She was very good at framing and was always enthused about helping customers select just the right frame for their picture.

Basically, Leslie liked interaction with people which was the part of her driving for LIFT in Mesa she most enjoyed. She liked to share stories about all the interesting individuals she met and was never concerned about her safety, unlike her sister who worried about her all the time.

Leslie was a very strong and courageous person and believed there was nothing she couldn't do.

Her sister misses her and is inviting anyone who knew Leslie to come to The Celebration of Her Life. Paula and Garry Ellis will be hosting this at their home Thursday, July 14 beginning at noon. Online condolences may be written at www.championfh.com.