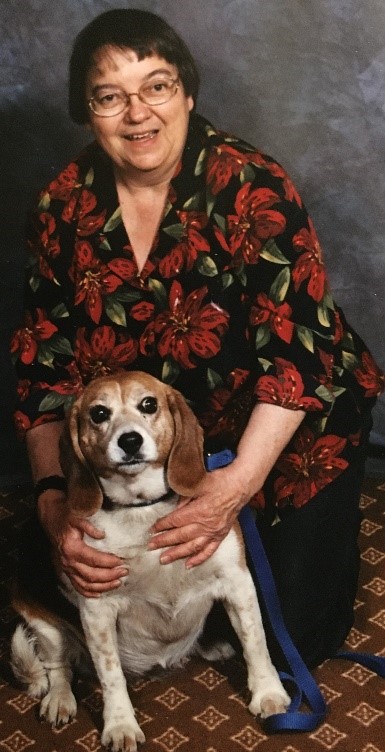 God called home a beautiful soul, and set her free!  Maurine Peggy Badgett at the age of 74 passed away peacefully on September 22, 2020 at the Sheridan Memorial Hospital with her family by her side.  Being the youngest out of 8 children, she was born on November 13, 1945 to Mark andEdith Badgett in Sheridan.  Maurine graduated from Sheridan High School in 1964, attended Sheridan College for two years, and graduated from Chadron State College with a Bachelor of Science in Education in 1969.  She taught PE,Health, and Art.  Often Maurine told others how her pioneer family was brought up to lend a helping hand to a needy person and taught the importance of being involved in the community.  Her parents and siblings taught her well because she had such a big heart for others who were in need.  She lived a very humble life, and will forever be remembered for how she treated everyone with sincere compassion,kindness, respect, empathy, and genuine love. She touched many lives!   The importance of family will be her legacy.  When Maurine walked into a room,you knew stories would be told about her family and she always wanted to knowhow everyone was doing.  Her cheerful,loving, and talkative personality will be forever remembered.

In1960 at the age of 15, her father passed away which was a difficult time for her.  After graduating from High School,Maurine continued to work at the Sheridan Municipal Cemetery during the summer months which was a private enterprise her parents started.  She took care of over 120 private family plots and the Masonic Lodge #43.  She taught many nieces and nephews work ethic. They learned how to drag 20 or more hoses out of the old 1954 Ford pickup, quickly find the cemetery plots, set the hoses, turn on the water, thenhead home for a nap and snack before driving back to move the hoses.   With Aunt Maurine, every task was approached with fun and excitement!   In the early morning hours, she helped her mother clean several downtown businesses. Later she worked at the YMCA as a volunteer and taught Bible classes and children’s Sunday school.  As a lefty,she enjoyed playing center fielder for the Zowada softball team.  She may have been one of the shortest players on the team, but could run fast to catch balls. Over the years, Maurine worked for many clients in their homes, tutored children who needed extra help in school, and was a loving babysitter for her nieces, nephews, and children of friends.  All the kids thought she resembled Mary Poppins carrying a bag of treasures, such as books, games, art supplies, and snacks.  She even dog and cat sat for family and friends.  After teaching for several years, Maurine moved back to Sheridan in 1981 to care for her grandmother and mother.   When Maurine was 44, her beloved mother passed away.   Later on, she continued her love of teaching by substituting and was a teacher’s aide at various schools in Tongue River,Big Horn, and Sheridan.  She especially enjoyed teaching art!  As a volunteer, she judged speech and drama activities, helped with Prom parties, and did caricature drawings for people shopping downtown during Rodeo week.  In addition, Maurine worked in restaurants,clothing stores, The Old General Store – Antiques for 3 ½ years, and was an attendant at the Bozeman Trail Museum.  Being a Foster Grandparent at Sagebrush Elementary was very rewarding for her because she cared so deeply about the academic and social development of children.  Later in life, she became a caregiver for seniors and thoroughly enjoyed their companionship.

Throughout the community, Maurine was an active member of several organizations and groups:  First Presbyterian Church, Daughters of the Nile, Order of Eastern Star Friendship Chapter and Gentian Chapter,International Order of Odd Fellows, Royal Neighbors of America, Social Order of Beauceant, Rebekah Lodge and Pythian Sisters, Elks Lodge #520, Big Horn Women’s Club, Bozeman Trail Museum, Range Writers, The Sage Art Center, Sheridan Artist Guild, and Dean States Art Gallery. On April 8, 2013, she received the Jefferson Award of Excellence in Public Service, and in 2014 earned the 50 Year Honorary Membership in Eastern Star.  Hermultiple talents included playing the piano or organ, singing in the church choir, and participated in The Sweet Adelines, karaoke, and western show-down contests.  Over the span of 36 years, Maurine did contemporary art work which she did for family and friends.  Maurine was the “family and local historian”because the past, present, and future were very important to her.  She wrote short stories and poems about her family which included her detailed art work.

On behalf of the family and many friends, we want to express our appreciation and deep gratitude to all the medical staff and doctors at Sheridan Memorial Hospital for the excellent care Maurine received throughout her long hospitalization.  A celebration of life for Maurine, Ruth Badgett, and Mark Hannum will be held sometime in June, 2021.  We will honor their lives with a Memorial and Graveside service, followed by a reception. Arrangements are under the direction of Champion Funeral Home.  Online condolences may be written@www.championfh.com.