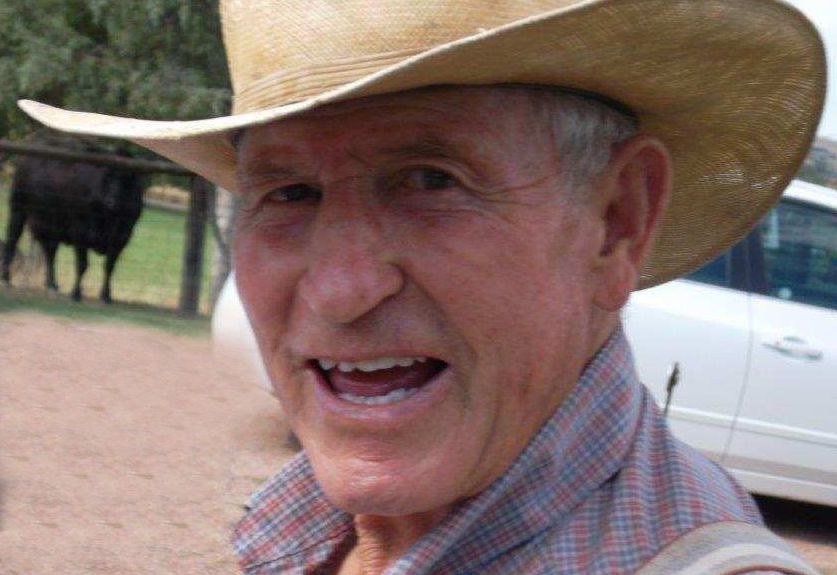 William Gilbert “Bill” Valdez was born in Worland, Wyoming October 29, 1933 to Gilbert and Rosie Valdez.  The family’s first home was a sheep wagon as Gilbert tended sheep for a living.  At the age of four Billy acquired a ¾ bred Shetland pony which he named “Midget”.  With his father’s help and training Billy learned many trick riding stunts and rope tricks which heper formed while riding Midget.  His first performance was at a Rodeo inDecker, Montana where he was paid $11.00 for two days.  At the age of five Billy won a saddle horse, bridle and saddle blanket for having the best western outfit in the 1939 Sheridan Rodeo parade.  Billy and Midget performed at many Rodeos and events across Wyoming for the next seven years including races and jumping events, winning trophies and prizes.  As a young man Bill continued Rodeo, riding bulls, horses and roping.  Bill worked for the Highway Department as a surveyor and later was a nursing assistant at the VA Hospital from which he retired.  Bill loved the outdoors and participated and led many pack trips in the Big Horn Mountain wilderness.  He loved to tell stories of the many places he had ridden horseback with a joke or story and a little twinkle in his eye that applied to any conversation.

Bill was a “true cowboy”.  His greatest love was caring for his horses and all the animals who found him an incredible guardian and friend.  Bill was passionate about caring for his mother and their property in BigHorn.  Bill was a man of God and always knew how to treat people never bowing to disrespect.  We will miss you Bill, love your family and friends.

A public viewing for William "Bill" G. Valdez, who passed away September 2, 2020, will beheld Thursday, September 10, 2020 at 6:00 pm at Champion Funeral Home. A graveside service will be held at Mount Hope Cemetery in Big Horn, Friday, September 11, 2020 at 1:00 pm with Pastor Cain officiating. A reception will be held from 2:00 pm to 4:00 pm at The Bozeman Stable, 158 Johnson St., Big Horn,WY.  Champion Funeral Home has been entrusted with local arrangements. Online condolences may be written at www.championfh.com.